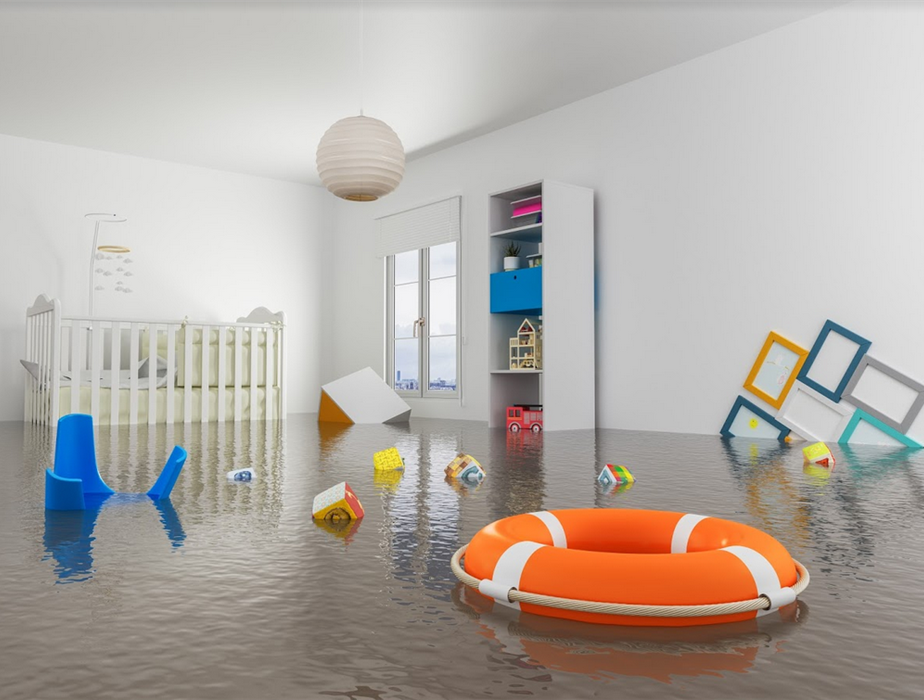 Regardless of the room affected, team SERVPRO can help with flood damage. Contact our team immediately after an event for services.

As the capital of Arkansas, Little Rock is a hive of activity. It has a population of over 193,000 people and is a popular site for tourists from all over the nation. Arkansas is packed full of cultural institutions and also offers plenty of opportunities for outdoor leisure.

But where did it all begin? Little Rock's early inhabitants include the Bluff Dwellers, the Mississippian Culture People, and the Folsom People. In 1722 a French explorer, Jean-Baptiste Bénard de la Harpe, came aground on the Arkansas River's south bank. He landed near a small rock formation which, legend has it, he named la Petite Roche – the Little Rock.

Little Rock has a humid subtropical climate with long, hot, dry summers. This makes it a favorite with outdoor enthusiasts. Although it has experienced temperatures as low as 12 degrees Fahrenheit, that was all the way back in 1899, and the winters are usually cool but not extreme, with very little snow.

Anyone looking for outdoor adventures will love Little Rock. No matter where you are in the city, you are never far away from nature. There are fifty city parks to choose from for something a little more sedate, while more adventurous types can hike the majestic Pinnacle State Park, The Rock Valley, or the Hot Springs Mountain. The Hot Springs trail includes Buckstaff Bathhouse, where hikers can bathe as if it was still the nineteenth century.

Closer to the city, cyclists can take in the breathtaking view of Big Dam Bridge, the longest cycling and pedestrian bridge in North America. The bridge stands ninety feet about the Arkansas River and is 4226 feet long.

When visitors are done with the great outdoors and need a change of pace, Arkansas is waiting with a wealth of culture to explore. Arkansas culture is a subculture of the Southern United States which draws inspiration from Native, African, and European cultures.

Part of the subculture of Arkansas is its famous food! The diet includes such local delights as okra, wild duck, apples, purple hull peas, and, of course, grits. The state is also known for its delicious barbecue tradition. Smoked meat was a staple for early settlers, and the traditional hog roast has been a big part of Arkansas's life for many years.

Visitors who want to learn more about Arkansas's fascinating subculture will be glad to know Little Rock boasts plenty of museums and historic sites. Some unmissable stops include:

In 2016, three world leaders experienced the awe of Arkansas weather for themselves. Former Presidents George W. Bush and Bill Clinton, and former British Prime Minister Tony Blair were in attendance at a graduation ceremony for the Presidential Leaders Scholarship Program. The Program, backed by three Presidential foundations, teaches candidates the skills of:

During the ceremony, winds of up to 68mph battered Little Rock, setting a new July wind speed record. The former world leaders took shelter in the lowest level of the building until the storm had passed.

When extreme weather like that happens, areas such as the basement or crawl space of a building are susceptible to flooding. It only takes a small gap or a damaged door to let floodwater in.

Crawl spaces and other dark, damp areas such as unconverted basements or storage areas require special care when it comes to flood removal. Crawl spaces are prone to damp, which means:

If left unattended, mold can quickly spread and create new colonies. Wood can rot away if damp problems persist. That is why it is essential to act fast when a crawl space floods.

SERVPRO trains its technicians to handle even tricky jobs, and they come equipped with free-standing and truck-mounted pumps to vacuum away flood water. We will also remove damaged drywall or insulation and oversee their replacement, and apply microbial remedies if needed to disinfect the area.

We carefully dry the crawl space using fans, air movers, and dehumidifiers. And because we monitor carefully at every stage, residents can rest assured their crawl space will be as dry as if the flood had not happened. Ask us about an encapsulation project.

Residents concerned about crawl space flood damage can rest assured that SERVPRO of Northwest Little Rock is here for them. Call us at (501) 803-9700.