Museums Help to Preserve the History and Culture of Little Rock 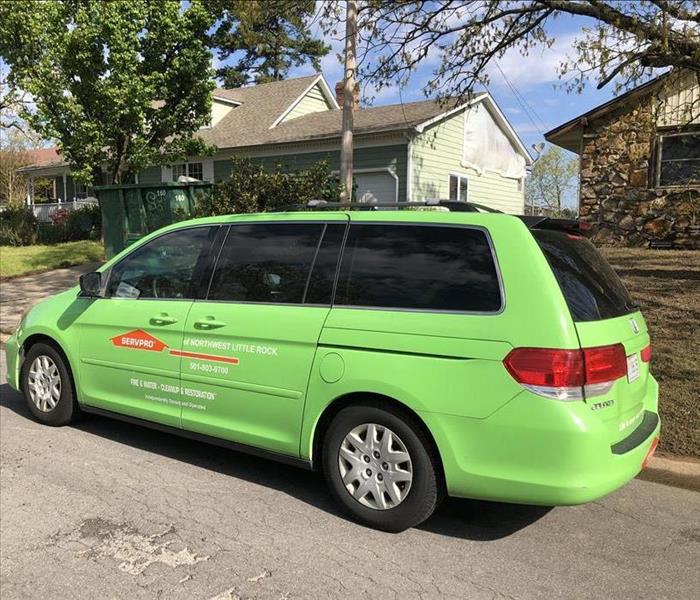 SERVPRO can restore your fire damaged Little Rock home as we would a museum.

One of the attractive aspects of Little Rock is how devoted the area is to preserving its history and encouraging modern artists to pursue their dreams. The ability to do this comes in many structures throughout the city and its surrounding areas. Museums and art centers both serve to help promote a sense of pride with Arkansas's people in the capital city. Cultural awareness also ensures that past mistakes are not forgotten so that the people can never be doomed to repeat them. Some of the most recognized and memorable institutions, cultural centers, and museums draw in the most considerable traffic from both locals and tourists.

Though this museum has only been in operation since 2001, it exists as the last remaining remnants of the original U.S. Arsenal at Little Rock that was constructed between 1840 and 1841. To be an even more poignant location for military history, one of the structures used in this modern museum was the birthplace of famed General Douglas MacArthur, who later became a supreme commander of forces in the South Pacific during the World War II conflict. Today, the museum showcases prominent Arkansas military personnel's roles, including Gen. MacArthur, through the major wars and battles that defined the nation.

While there is a total of 13 presidential libraries in the country, the one located at the William J. Clinton Presidential Center is among the largest. In terms of the volume of its archives and accrued publications, the center boasts over 80 million pages of documents, 21 million emails, 2 million photographs, and close to 80,000 artifacts from the eight years Bill Clinton served as President of the United States. Among these thousands of items and relics are gifts to the President from celebrities, the limousine used to chauffeur the Commander in Chief around, and full-scale replicas of the full Oval Office and Cabinet Room as it appeared during this period.

Within walking distance of the Presidential Center is the Museum of Discovery here in Little Rock. This building is one of the oldest centers of its kind in the state, being established in 1927. Did you know that Arkansas has its own dinosaur? The Museum of Discovery is one of only three locations with a fossil mold of the Arkansaurus fridayi, or the Arkansas Dinosaur. Today, the museum benefits from multiple interactive exhibits and has become a sign of the growth and expansion of technology in science and discovery for all educational fields.

When tourists visit Little Rock, they have the opportunity to visit this location that has been on the list of 10 best attractions in the state of Arkansas since 2011. The center features permanent exhibits of art throughout the museum's entire history, beginning as a Museum of Fine Arts back in 1937 in MacArthur Park. There are always limited runs of modern art and entertainment exhibits throughout the year to keep recurring and new traffic happening. The impressive collection of permanent art includes creations from Rembrandt, Edgar Degas, Pablo Picasso, and Andrew Wyeth. Post-pandemic operations should see the return of the renowned Arkansas Art Center Children's Theatre company.

Preserving national monuments and structures has always been a priority for the proud state of Arkansas, so it is no surprise that the capital city strives to do the same. An excellent example of this is the Old State House historic property and museum, the oldest surviving capital structure to the west of the Mississippi River. Its significance in American history is vital. Within this structure, the 4th Constitutional Convention came to the terms necessary for freedmen to vote and develop a widespread public education network.

Locals have taken to shortening this museum's name into HAM, and it is one of the most comprehensive historical centers in the state. This structure is devoted exclusively to the influence that Arkansas has had on the ups and downs of the United States. The museum has existed in part since 1941. It has been almost continually revamped and reformulated to include each stage of the state's illustrious history and place among the country's current events. Exhibits include artifacts and relics from pioneer times, World War II and General Douglas MacArthur, and Arkansas' own William J. Clinton serving as President of the United States from 1993 to 2001.

Protecting Damaged Contents in Your Home After a Fire

Cleaning up after a fire loss incident in your Little Rock home can be an enormous undertaking for even the experienced professionals of our SERVPRO of Little Rock team. Pre-mitigation scoping can identify potential issues with your property's contents and determine the best actions to take to preserve and restore them. This similar process is critical in evaluating and designing a restoration plan for single-family homes, the same as recovering post-fire damage to the many museums in the city.

Cleaning contents on-site is the more desirable option, as this prevents relocation to our SERVPRO facility and keeps your belongings together. Cleaning within your home can begin as soon as emergency services like a controlled demolition and air quality control complete. Most often, content restoration involves removing soot and smoke residues from surfaces and neutralizing odors trapped in porous materials. A combination of potent cleaning agents, solvents, and detergents can address residues and soils of varying composition.

Off-site restoration through the pack-out process is designated for contents that are too severely damaged to restore in the house. There are multiple advanced technologies and tools used to deeply clean exposed belongings, including the Esporta Wash System for soft materials and the ultrasonic submersion tank for hard surfaces coated with thick soot residues.

Despite how damaging fire losses can be for Little Rock homes, a fast response from certified professionals like our SERVPRO of Little Rock team can make it "Like it never even happened." Give our experienced technicians a call today at (501) 803-9700.