After a Fire in a Home, Why are Smoke Residues So Hard to Remove? 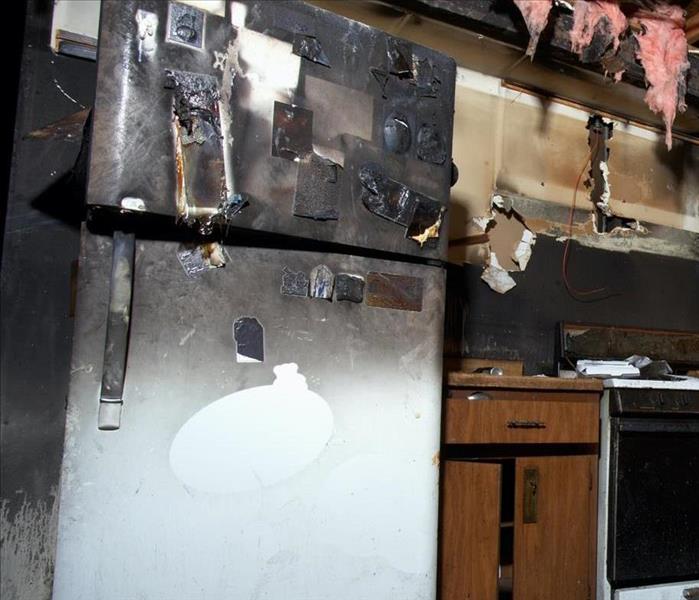 Smoke residues can overrun your home after a fire, so let SERVPRO handle the damage.

When SERVPRO techs tackle the fire and smoke damage residues left behind in Little Rock homes, it takes both experience and knowledge to avoid doing more harm to surfaces instead of cleaning them. The reason that soot can be difficult to remove is because of the following factors:

Do Homeowners Need Fire Restoration After a Kitchen Fire With No Visible Smoke Residues?

Before any of the residues can get removed, whether dry, wet, or protein-based, SERVPRO technicians scope the area and make a note of the types of damage left in the room and then they:

After the initial cleanup, SERVPRO technicians must carefully dispose of dry cleaning solvents carefully and avoid sewers or septic systems per regulations. The techs follow the rules and regulations during the cleanup to the letter to ensure they always work within the law during the restoration service.

Some surfaces require disposal because they have too much charring or residues deeply embedded to remain on-site. The techs carefully remove these articles and dispose of them. Sheetrock generally has a poor outcome after exposure to high heat or the water used to extinguish a fire. The techs only remove the minimum amount necessary, so whenever possible, they can save homeowners the cost of replacing a whole wall.

One unusual type of residue that occasionally occurs and requires a light hand to clean up is smoke webs. They look exactly like black cobwebs and are lightweight, and do not stick to surfaces. The techs use dry cleaning sponges to lift them away from ceilings in corners where they typically gather. When homeowners attempt to clean up smoke residues on their own, this is one of the types that sometimes they get the technique wrong and wind up grinding the soot into the walls. Worse, if they use liquid cleaning agents, it can result in the complete ruination of the wall or ceiling.

Once the cleanup efforts complete, the technicians turn their attention to the air quality in the home. Air scrubbers run through the process to capture airborne particulates. If the restoration services got limited to a smaller area inside the house, the techs routinely use containment. This action gets accomplished by using heavy gauge plastic over doorways and vents or negative air chambers.

In particular, the techs want to avoid soot traveling into the ductwork of the home. Once the services complete, as a final step, the techs can inspect the ductwork and determine if it requires mitigation for cross-contamination. SERVPRO technicians have vacuums and other equipment for cleaning out the ducts and leaving it without a trace of fire odors.

Because soot has the potential to be both skin and breathing irritant and bring pungent odors, the techs perform any needed odor control treatments to ensure the home is ready for any repairs that need to occur.

Reach SERVPRO of Northwest Little Rock at (501) 803-9700 has the training and equipment to take on any size or type of fire restoration your property needs. The certified techs arrive quickly and work until the damage is, "Like it never even happened."